Our very first tournament was held on February 24th and 25th at Firestorm Games in Cardiff. We’re all very happy that so many of our friends in the hobby could join in, and chuffed to bits that everyone seemed to have fun. We certainly had a blast setting it up, and are looking to do so again in the future.

Coming in last with the wooden spoon was our very own Pablo. He was very brave and brought a half-sized Khorne army, which alas didn’t pay off for him. Unless he was short on wooden spoons at home..

Our most sporting player was Simon Crockford, who took home a super rare Spacemarine Heroes kit, all the way from Japan.

Winning both best army and 3rd place overall was Chris John, whose Nurgle army was spectacular! 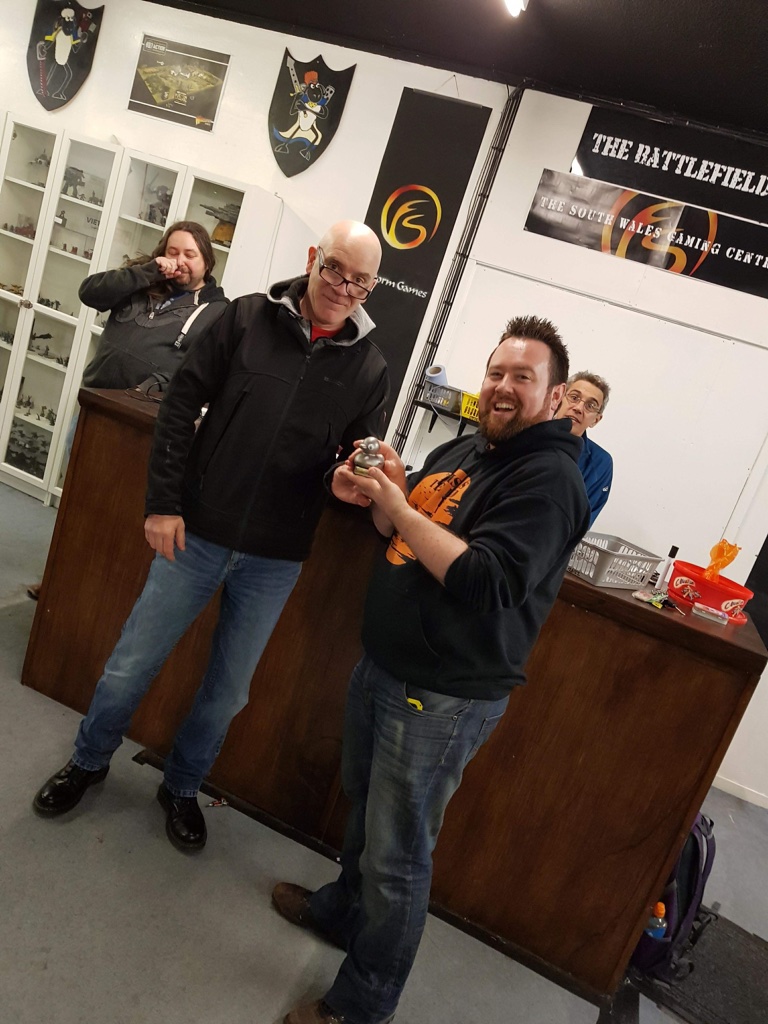 …and ultimately was only beaten by Paul Letherby’s Grey Knights in the final battle, who went on to take the 1st place prize! 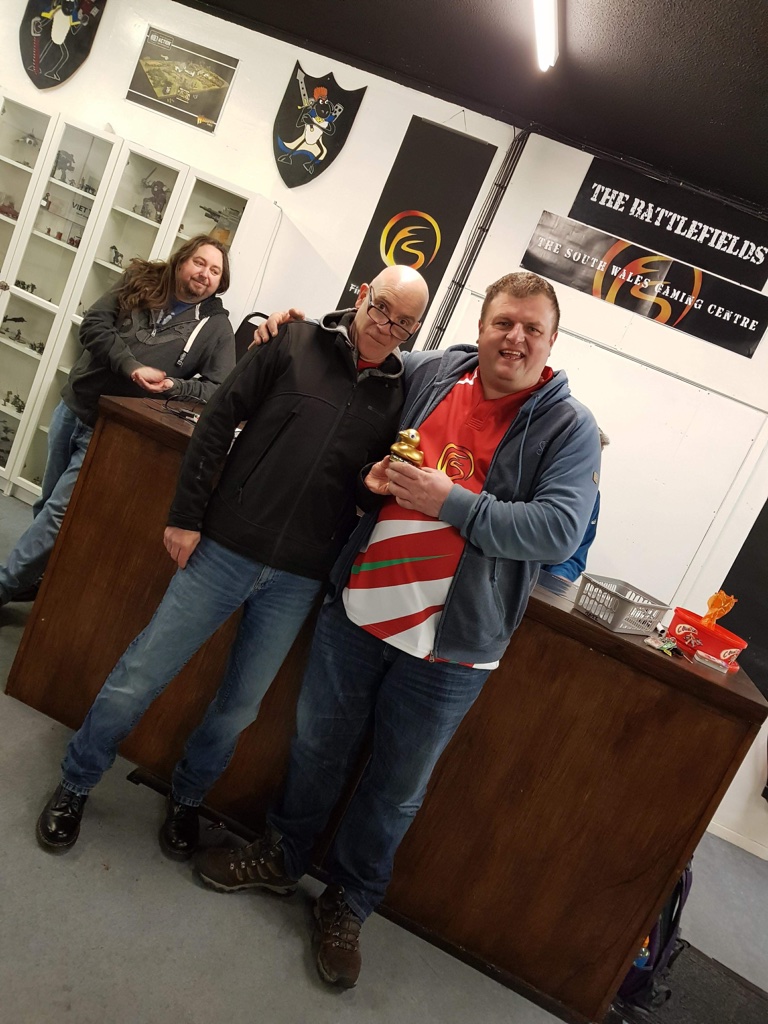 All in all a spectacular ending to a great couple of days. Looking forward to seeing you all again soon! 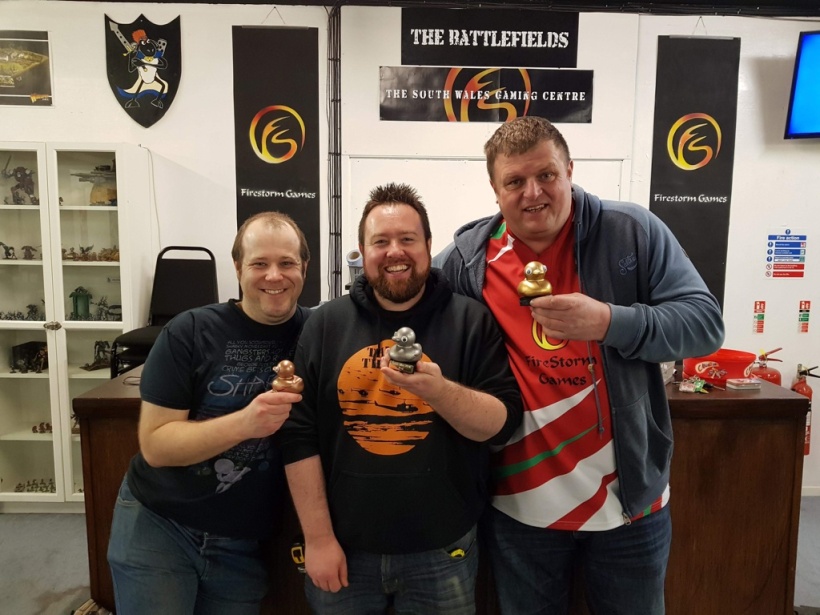